President Buhari approves transfer of NIMC to ministry of communications 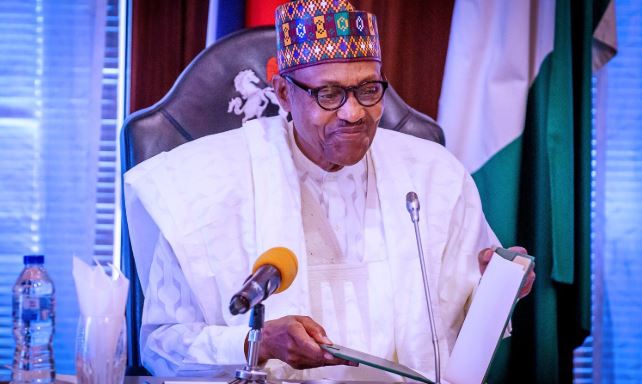 In an effort to improve the synchronization of federal government’s digital transformation initiatives, President Buhari approved the transfer of National Identity Management Commission (NIMC) to the Federal Ministry of Communications and Digital Economy.

This was revealed in a statement signed by the Uwa Suleiman, on Monday, August 31.

According to Suleiman, minister‘s spokesperson, Buhari gave the authorization towards the realisation of the goals of the National Digital Economy Policy and Strategy for a Digital Nigeria (NDEPS).

Suleiman as well said that this will help to guarantee cooperation and effective ministry supervisory mechanism.

It will also monitor and track the progress of federal government’s digital transformation initiatives.

She also clarified that the directives was an illustration of Mr President’s vote of assurance on the Minister of Communications and Digital Economy, Dr Isa Pantami based on an extraordinary performance.

The spokesperson noted that within his first year in office, the Minister fixed the Information Communication Technology (ICT) Sector’s decade-long dilemma of Right of Way charges.

“Regularisation of improperly registered SIM cards and deactivation of unregistered ones, the deployment of over 250 digital projects across the country under his policies and supervision as well as built the capacity of over 36,000 Nigerians.

“It may be recalled that NIMC is mandated to create, manage, maintain and operate the National Identity Database established by the NIMC Act, 2007.

“In an effort to realise this, the Commission has so far registered around 41 million eligible enrollees for the National Identity Number (NIN),” she said.