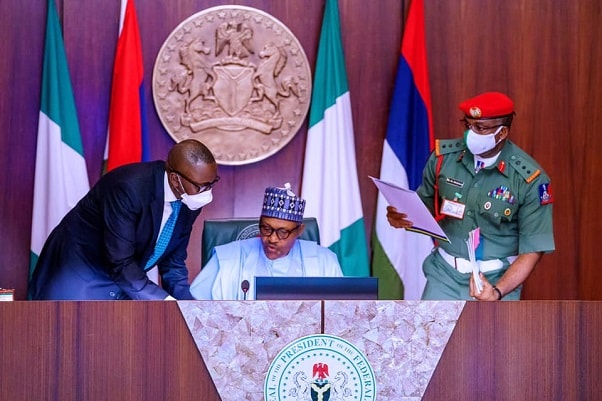 In a joint effort in the direction of improving the electricity supply countrywide, President Muhammadu Buhari appointed some top members of the executive cabinet into the Special Purpose Vehicle for Presidential Power Initiate (SPVPPI).

The appointment approved by the president on Thursday, September 10, as contained in a statement from the office of the Ministry of Justice.

Members of the committee include the attorney general of the federation Abubakar Malami (SAN), the minister of finance, budget, and national planning, Hajia Zainab Ahmed.

Buhari as well appointed minister of power, Saleh Mamman and minister of works and housing, Babatunde Fashola into the special committee.

“Inaugurating the Committee on Thursday, President Muhamamdu Buhari who described power sector as one of the most critical components of sustainable development, expressed commitment to improve the delivery of power in the country as his enduring and defining legacy.

“He said following the Federal Executive Council Approval, the coast is now clear and the SPV has the responsibility of executing the Presidential Power Initiative (PPI), providing project management for the implementation of PPI and serve as the key manager to ensure cohesion and seamless execution,” Gwandu said.