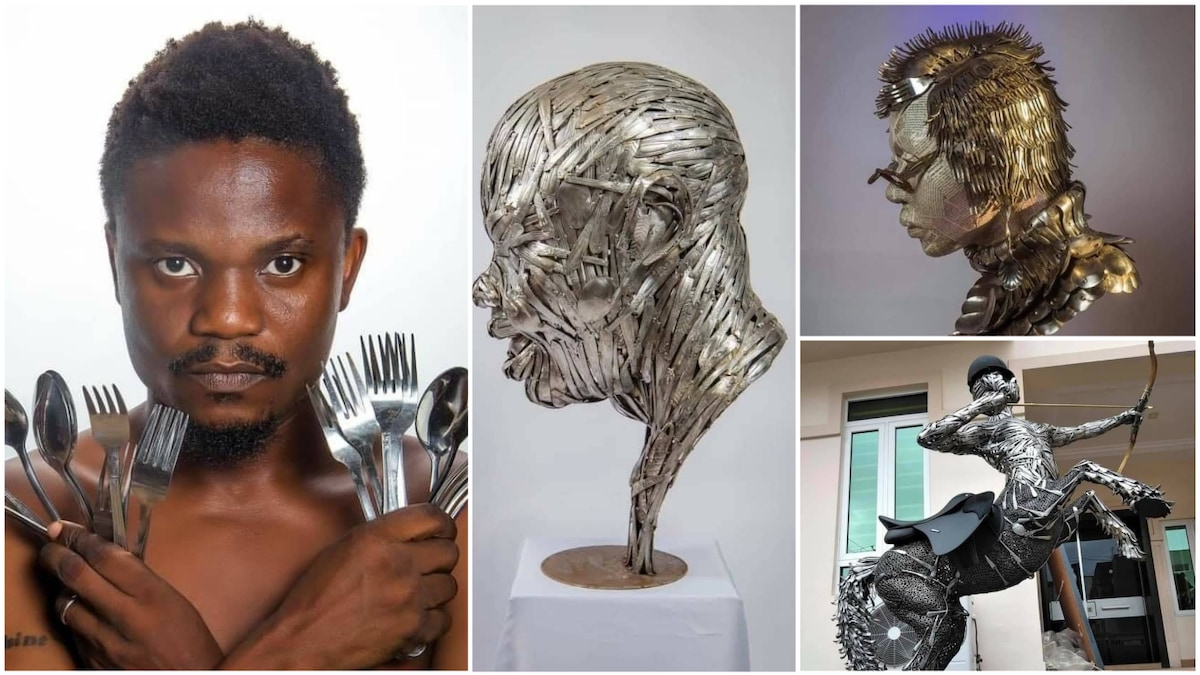 Simple cutleries like spoons develop the main material for his creations. He uses them to make whatsoever art he wants.

In a number of his pictures on Instagram, he showed astonishing pieces like an eagle, human portraits, among other great works.

Abinoro born in 1984 and graduated with distinction from the Auchi School of Art and has since unveiled his works in both Nigeria and UAE.

Zee Arts Gallery noted that birds are always a subject in his works as he also gives expressions to many life issues.

According to Design Indaba, the Nigerian man revealed his talent when he was small, a passion which made him pursue his interest in arts.

“As a sculptor, a major challenge as a Nigerian is poor power supply resulting in the artist spending more money running generators,” he said.

Despite the odds stacked against him, Abinoro is still creating arts that have never stop to startle people.