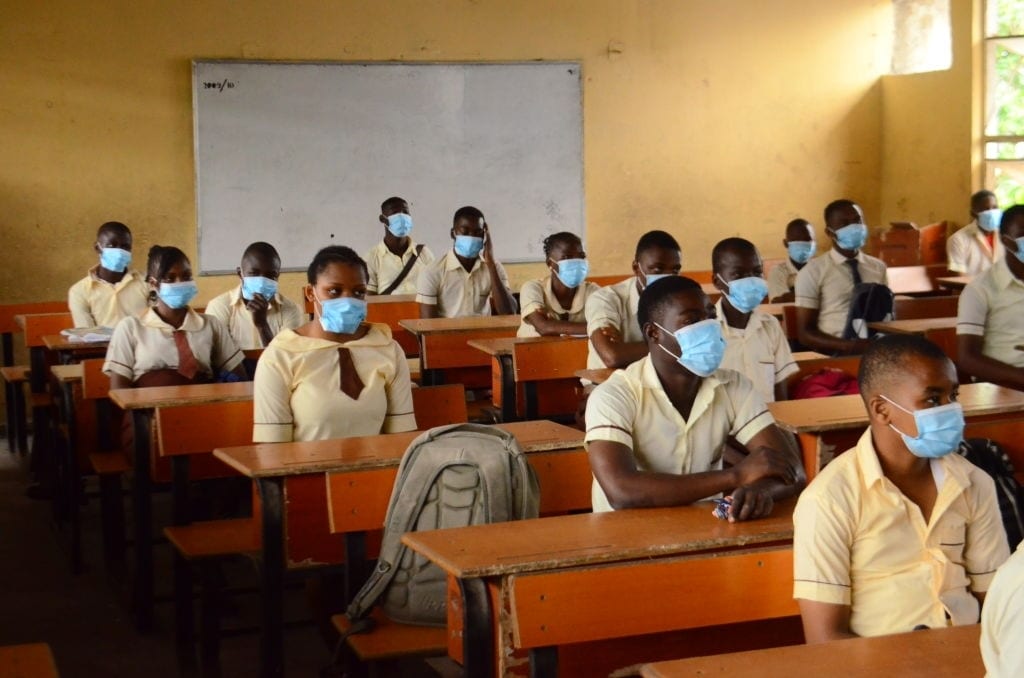 In advance of the arrangements for the resumption of primary and secondary schools across the country, the federal government sent a fresh warning message to the state governments and the proprietors of private schools.

Nigerian Tribune reports that the federal government directed state governments to certify that adequate measures are put in place to prevent the spread of the COVID-19 pandemic before the full reopening of schools.

FG said it would not delay to shut any school reopened without adherence to guidelines and protocols provided by the national response.

This was revealed on Monday, September 14, in Abuja by the minister of state for education, Chukwuemeka Nwajiuba, during the Presidential Task Force (PTF) on COVID-19 briefing.

He said that the state governments making move to reopen schools were in tune with the directive by the PTF that states and other stakeholders should prepare for the full reopening of schools.

Nwajiuba, however, said the universities need to get clearance from the National Universities Commission (NUC) before reopening.

The minister, who was reacting to a question about some state governments that have already announced the full reopening of primary and secondary schools effective from September 21, did not give a specific date for full nationwide resumption.

He noted that primary and secondary education was within the purview of the state governments and that the right thing must be done to safeguard the lives of the school children before reopening.

He said: “All primary schools up to post-primary schools have the participation of sub-national and at that level, they need to check and meet all the requirements before they open.

“But at the tertiary level, that guidance will also be done in collaboration with the National Universities Commission so that it will give clearance that we are satisfied with your performance with regard to the guideline.

“What we are doing is that we are reducing this whole gamut of the document into some measurable steps towards reopening. What that means is that the governing council of each institution will then review the guideline and benchmark it.

“You may have heard several states taking steps around reopening, they are all in order. This is what is expected from what the PTF said last week and following the guideline, everybody will now begin the processes of reopening.

“However, they must be guided because in every state we have quality assurance officers that are reporting to the federal ministry of education and we will not hesitate to shut down any place that is not in compliance with guidelines.”