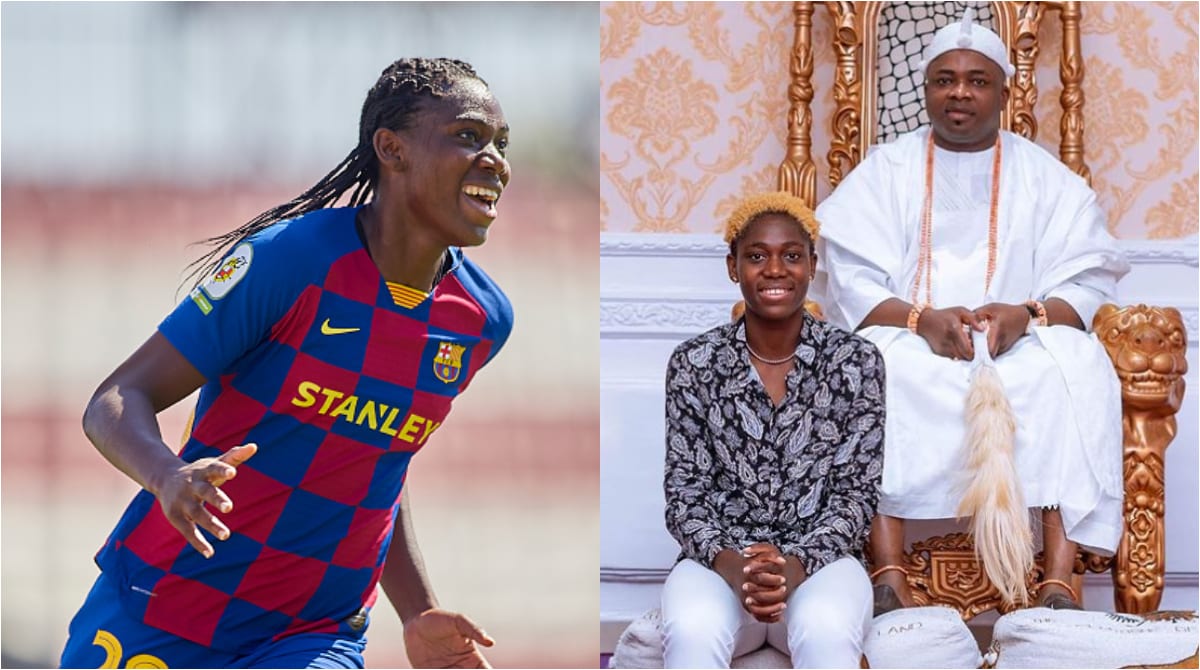 The Super Falcons’ striker posted a picture of herself and the Oba on her social media handle describing the moment as ‘a great honour’.

Remember that at the age of 34, Oba Saheed Ademola come after his late father, Oba Yekini Adeniyi Elegushi (Kusenla II), who died at age 69, in 2010.

On April 27 this year, he celebrated his 10 years anniversary on the throne; although what would have been a grand celebration was limited to a family prayer session at that time when the pandemic was at its peak in Nigeria.

It was gathered that the Oba a very busy individual who welcomes guests from all and sundry everyday.